The largest group (44%) of the participants are in centers with over 500 agents, but about one-quarter (26%) are working in centers with 200 or fewer agents. This provides a broad mix of contact center sizes. The largest industry representation comes from the financial and telecommunications sectors with a large variety of other companies as well. 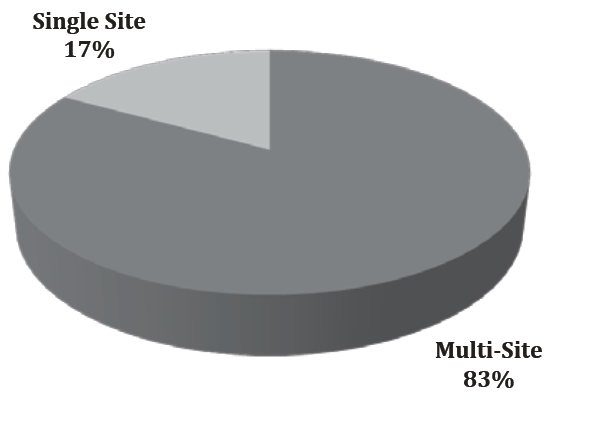 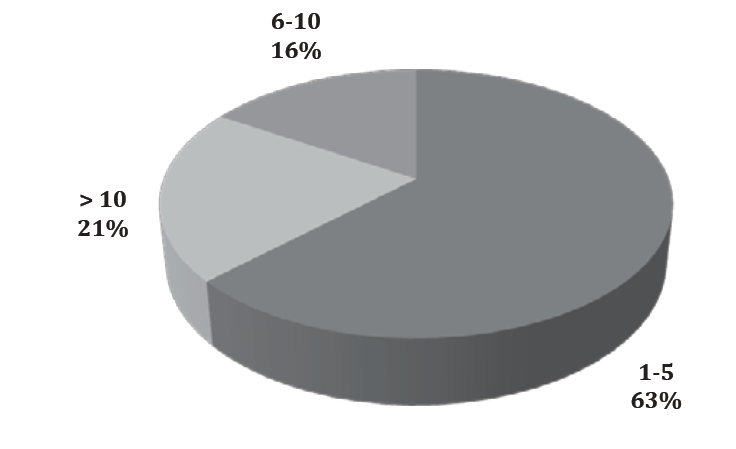 Nearly all of the respondents (96%) indicate that they have a WFM team. With even small centers dealing with long hours of operation, multiple shift types for efficiency, and even  utilization of skill-based routing, there is an even greater need for dedicated WFM personnel. 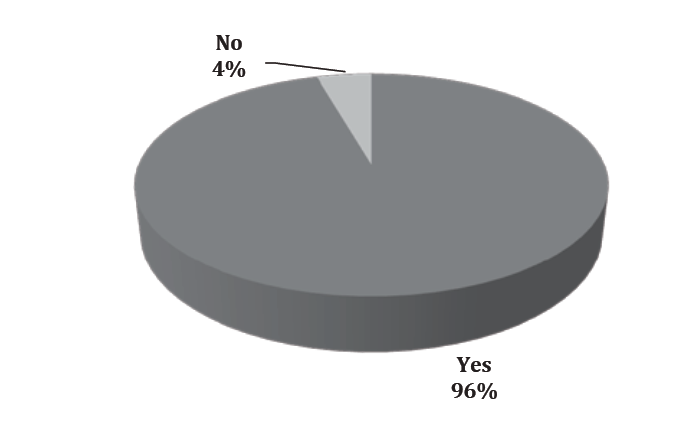 The number of full-time equivalents working on the WFM team varies widely. Approximately one-third (35%) of the respondents have between one and five team members, but the next  largest respondent group (30%) has more than 20 team members. The number of staff will vary with the size of the agent team, the complexity of the operation, and the roles that the WFM team covers. Some WFM groups handle forecasting, scheduling, and intraday management, while others may add reporting functions, ACD and other system management, and a variety of other duties. 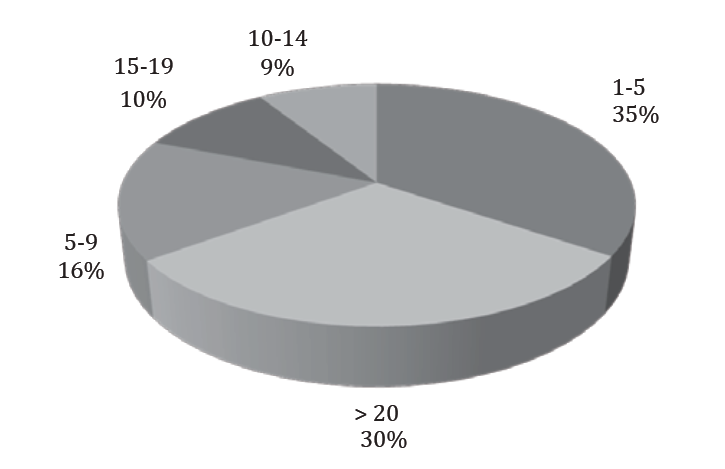 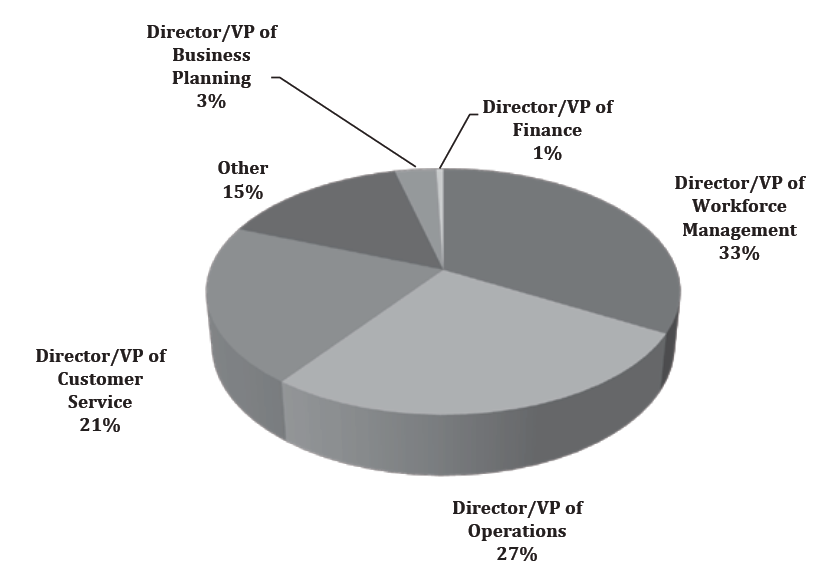 The number of non-management FTES on the WFM team aligns somewhat with the total team members. Forty percent have 1-5 non-managment FTEs, while 24% have more than 20 and 21% have 5-9. 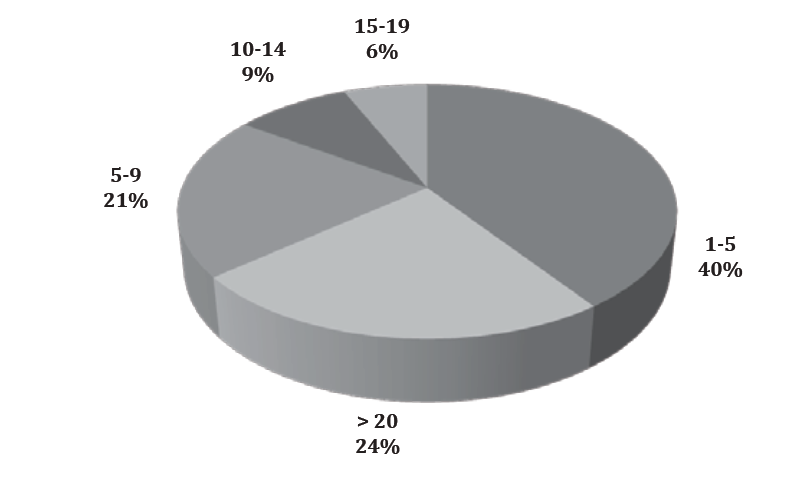 Recruits for non-management WFM positions are often required to have some specific qualifications. Over half of the respondents (54%) require prior experience in a call center (although not necessarily the hiring center). Nearly one-third (30%) require prior workforce management experience while 11% require a college degree. Having an apprenticeship  program for WFM personnel in your center can expand the number of candidates who can meet the requirement for prior WFM experience without having to hire from outside of the  company.

Almost half (83 of 172 responses) of the WFM teams support 500 or more agents. All of the other sizes are quite small in comparison. This tracks with the demographics of the respondent agent groups noted in the first chart above. It is interesting to note that the largest number of respondents (35%) have a ratio of one WFM team member to 51-100 agents. Both the next higher ratio (1 to 101-150) and the next lower ration (1 to 51-100) are relatively even but well below that at about 18.5% each. Some of the teams are thinly spread with one WFM member supporting 300 or more agents. Those reporting one WFM person to 1-50 agents may well be those with very small agent teams. 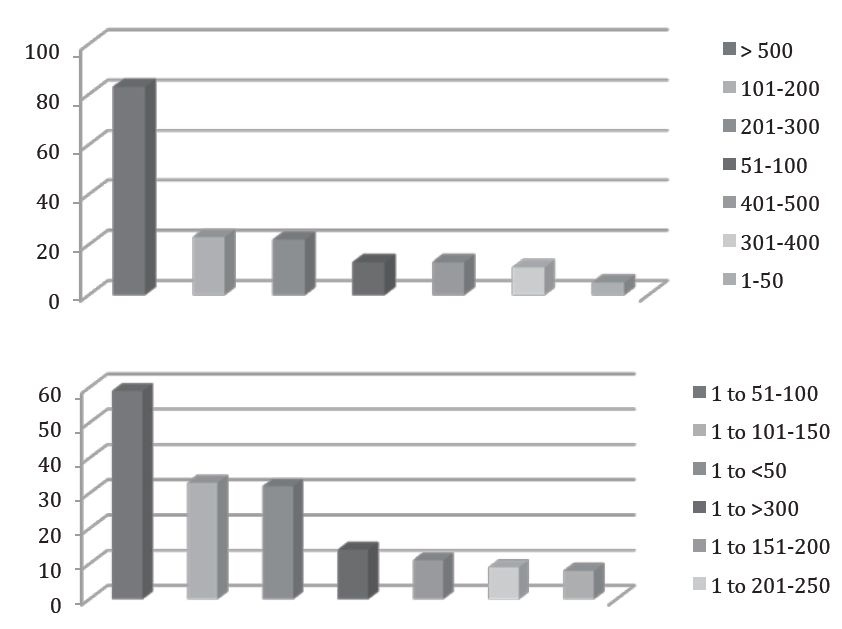 Based on the responses above, it appears that the WFM team continues to play an important role in the operation of the call center. However, the size and structure of that team varies  widely depending on the number of agents and sites that are supported and the complexity of the operation. There is no right answer or “industry standard” to guide us on what the best  configuration might be. Each organization needs to find the reporting structure and staffing complement that gets the job done that has been assigned to that team. We appreciate your  participation in this study and hope that you will participate in our next survey which focuses on forecasting processes.