There is a wide variety of goals for the amount of time the agent is available compared to the schedule details. Even the three most common choices range from 90% to 95%. Sixteen percent have goals below 90% and 11% have goals above 95%. Converting the percentage to the number of minutes per day the agent can be out of synch with the schedule is often helpful in both understanding the impact and communicating it to the agents and supervisors. For example, in an 8-hour shift with 30-minutes for breaks (or 450 minutes of work time), a 90% adherence goal affords the agent up to 45 minutes per day to be late, early, stuck on a call at break time, etc. At a goal of 95%, that available time is reduced to 23.5 minutes. Raising the goal can result in more exceptions to be requested and entered in the systems, while lower goals may result in a sense of “entitlement” to use the time whether it is needed or not. It is a delicate balance and different for each environment – no industry standard applies. 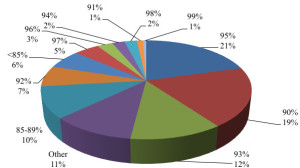 The most common actual adherence averages reported appear to be well below the goals as 19% reported below 85% with another 16% reporting between 85 and 89% (a total of 25% compared to 15% having goals below 90%). However, there are also 26% achieving 95% and above (compared to only 11% having goals at that level). This suggests that some realignment of goals to be more realistic may be appropriate. It is self-defeating to make the goal unattainable, but it may also communicate the wrong message to make it too low. 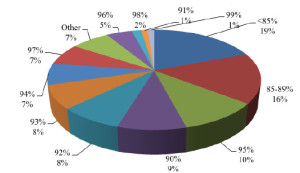 Three-quarters of the respondents indicate that a real-time adherence monitoring tool is in use in their centers. This can be a significant aid in ensuring that comparing the actual work state of the individuals to their schedules is automated and provides a visual indicator of variances. 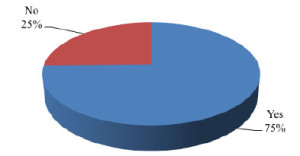 When asked what statistics are monitored using the real-time tool, the most frequent answers were:

Adherence As Part of the Agent Performance Score

Two-thirds of the respondents indicate that adherence is part of the agents’ performance scores while one-third do not include it. If it is not in the performance score, some other incentive is typically found to focus attention on the importance of following the planned schedule.

Important of Adherence in the Score

When asked to indicate how important the adherence result is in the overall performance score, the answers ranged mostly from 10% to 20% but some were as high as 40% of the total score.

Respondents were asked to share what incentives they have in place to encourage adherence to the schedule. A large portion of the responses indicate that there is no incentive, but for those that do, the most common answers were:

Just over two-thirds of the respondents indicate that adherence impacts the agents’ ability to receive the desired schedule. When adherence is used as part of the ranking system for schedule bidding and selection, it can be a powerful incentive, just as using performance results overall in the ranking can impact results more effectively than using only seniority. Having a choice in when to work is often very important to the agents, so earning a higher ranking can be a powerful tool to focus them on the desired results.

When asked how adherence statistics are communicated, respondents could choose all of those that applied. Nearly all communicate to the supervisor, but more than half communicate to the agent directly. Only a few post for public display or communicate the statistics outside of the center. In general, it is effective to “turn the agents to the mirror” so that they can see their own performance. If this is done on an ongoing basis rather than waiting for a supervisory coaching session, the agent can see the problem and address it themselves more readily. Some HR departments are resistant to posting these kinds of statistics for all to see, but where it is done, there is the potential for some competitive pressure among the staff as well.

The most common issue affecting non-adherence stated by the respondents is the lack of focus of management and the supervisors on the issues. There appears to be a lack of communication about adherence, lack of understanding of the impact of non-adherence on the customers, and not enough focus on the bottom line. Of course, long calls that run past break/lunch start times were noted and many mentioned general apathy on the part of the agents as well. A focus on call quality instead of adherence to schedule was also noted.

Based on the responses above, it appears that schedule adherence is an important part of managing the center’s overall performance and is also used in many cases to measure individual agent results. However, the general state of supervisory and agent focus may not be as supportive as desired. The variance between the goals and the actual results suggest some realignment of goals or more attention to the results may be needed. This is one of the toughest balances in the WFM process where treading the line between being too lax and “big brother” can be tricky.