Approximately half of the respondents in this survey work in centers with over 500 agents.  The rest are representative of a wide variety of sizes from under 50 up to 500 agents. The financial, heath care, and insurance industries drew the largest number of participants, but all other industries are also well represented.

Over 80 percent of the respondents to this survey are from operations with more than one site.  With nearly half in centers of 500+ agents as well, the representation for the smaller, single-site centers is limited. 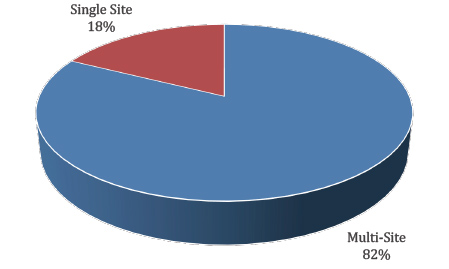 When asked whether the organization had a workforce management team, a very small number of respondents (6%) indicated that they do not.  This corresponds closely with the number of respondents in the smallest centers, although that may not be a direct correlation. The value of having the right staffing in place to manage the workload is well-proven in both personnel costs and customer service results. 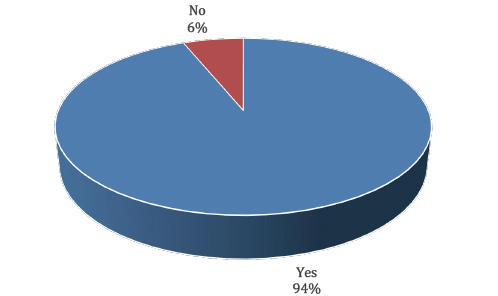 FTEs on the Workforce Management Team

The respondents were asked to identify the number of full-time equivalents who are part of the workforce management team.  One-third indicated that the team is between 1 and 5. However, another 28 percent have more than 20 FTEs on their teams. 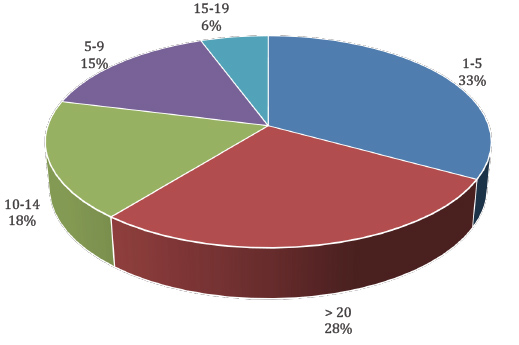 The ratio is heavily dependent upon the tasks and responsibilities that the WFM team is assigned.  Some do forecasting and scheduling on an infrequent basis as their operations are stable and their schedules provide little opportunity for optimization.  Other centers may forecast frequently to respond to a constantly changing workload and may have many part-time staff to fill in as needed. In some cases, the WFM team is responsible for monitoring the real-time adherence but supervisors manage the agents, but in others the WFM team communicates directly with the agents on adherence concerns.  Development and distribution of reports may be part of the role of the WFM team, as may management of the telephony functions and call distributions among agent teams, sites, and outsource providers. With the wide variety of tasks, the ratio must be adjusted to ensure the best results. 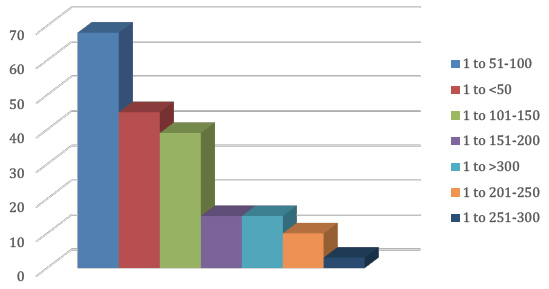 Composition of the WFM Team 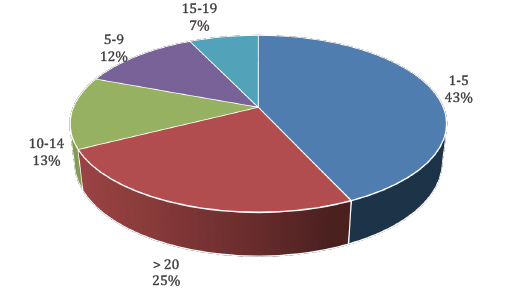 For this question, respondents were asked to select as many of the offered choices as applied in their centers.  The largest percentage of respondents require prior call center experience with less than half looking for prior WFM experience.  Only a few require a college degree. In general, many centers find that understanding the general operation of a center is the most important experience, but WFM experience may have been with other tools, in significantly different environments, and may not apply well to the current needs.  Where college degrees are required, they are often focused on math or computer science, but it is not uncommon for a degree in any discipline to be accepted.

Respondents were asked how many centers their WFM team supports.  Approximately two-thirds support 1 to 5 centers with the balance evenly distributed between those with 6 to 10 centers and those with over 10. 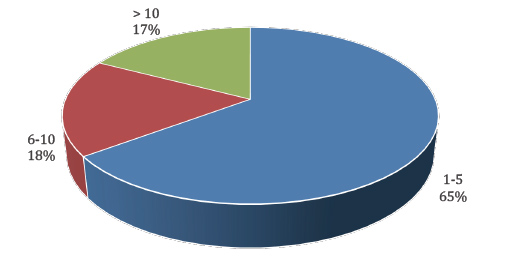 When asked how many work groups the team supports, one-third indicated 1 to 5 groups, with 27 percent supporting 6 to 10 groups. This suggests that there is more than one group per center in most situations. 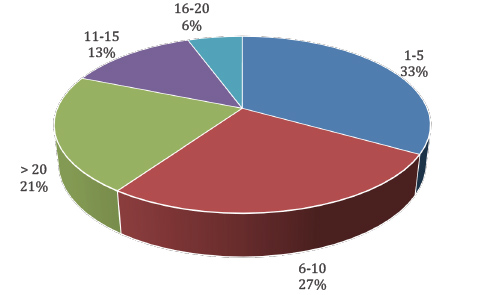 Based on the responses above, WFM teams vary widely in size and probably in areas of responsibility.  The ratio of WFM team members to agents will also vary along with the reporting structure that is most effective for each operation.  There are no meaningful “industry standards” to be applied in this environment as the roles and duties of each center can be significantly different from others.

Managing Email and Back Office (with AI)