Each quarter SWPP surveys the workforce planning community on critical workforce planning topics.  Over 200 call center professionals representing a wide variety of industries participated and provided insight into this quarter’s survey on multimedia in the contact center.

The largest group of the respondents in this survey work in centers with over 500 agents.  The rest are representative of a wide variety of sizes from under 50 up to 500 agents.  The financial, heath care, and insurance industries drew the largest number of participants, but all other industries are also well represented.

The respondents to this survey use a variety of customer contact channels with the average using four different channels in addition to phone calls.  E-mail, web chat and outbound calling appear in more than half of the responses but paper-based channels such as regular mail and fax are still prevalent.  Social media channels are used less than the other options but still near a quarter of respondents report responding to these channels. 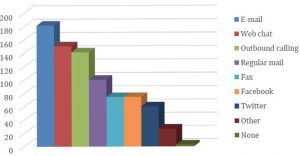 When asked what percentage of total contacts are made through these channels (not including phone calls), approximately one-third (36%) indicated is it less than 10% while 32% reported between 10 and 20%.  However, one-fifth of the respondents reported that more than 30% of their contacts are made on these channels.  There is a growing workload of contacts received through technologies other than phone calls.  The type of industry supported and the makeup of the customer base may play a significant role in the growth of these alternatives. 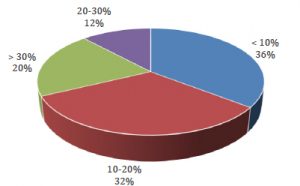 Respondents were asked if the percentage has increased as new contact channels are opened.  The majority (58%) indicated that it has.  Both “No” and “Don’t Know” answers each were chosen by 21% of the respondents. 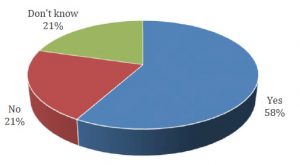 Agents Answer Calls and Other Channels

Respondents were asked if their agents answer both phone calls and the other channels.  Nearly two-thirds (62%) reported that the agents do handle more than just calls while the remaining 38% of respondents do not have agents doing both.  The processes involved in handling phone calls and other media are significantly different in many cases, making it difficult for agents to perform well in all media types.  Agents who can move from one media to another as needed are very valuable to the organization, but there is also a need for those who can handle one well.  Finding the best use of each individual is a challenge for the center and its supervisors. 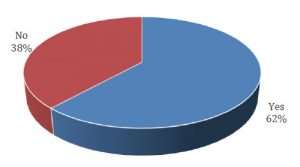 When asked if the service level expectations are the same for phone and chat, two-thirds (66%) indicated that they are not.  Twenty percent use the same service level goal, but 14% indicated that they didn’t know if they are the same.  The interactions via phone and chat are significantly different with the agent handling a call concentrating on only one conversation at a time, giving the caller full attention.  However, a chat interaction is often punctuated with delays between interactions while each party types and while the agent handles other chats simultaneously in many cases.  While starting the interaction with the same delay goal may be reasonable, the AHT will often be quite different. 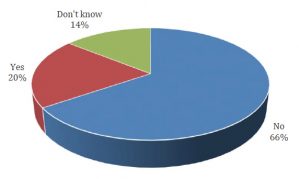 Prioritizing One Channel Over Another

Respondents were asked if they prioritize certain channels if service level is failing in one channel.  Nearly two-thirds (60%) of the respondents indicated that they do prioritize one channel over others while 29% reported that they do not. Another 11% indicated that they don’t know if this is the practice in their center.  Choosing to serve one media over another is often a result of having an answer goal for one that is either more stringent or more important than others.  This may be driven by the volume of interactions in each channel, contractual requirements, or simply a desire to encourage one channel’s use over another. 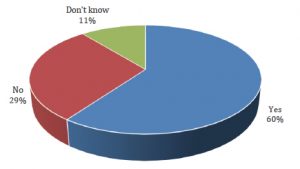 Respondents were asked if they encourage customers to use one channel more than others. Nearly half reported that they do have such a strategy.  It is interesting to see that the channel that is encouraged for more than half (55%) is the phone call with web chat following at 26% of responses.  Only 7% are encouraging the use of email, but 11% are encouraging something other than the choices offered in the survey. 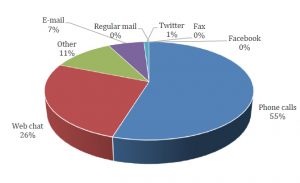 Forecasting and Scheduling for Non-Phone Channels

Respondents were asked how forecasting is done for non-phone channels.  More than half (52%) reported that it is done manually while approximately one-third (35%) use an automated WFM system.  However, half (50%) report using their WFM system to do the scheduling for these channels while 46% do that part of the task manually.  When the channels are each handled by dedicated teams (at least in blocks of time), the processes of forecasting and scheduling are more easily defined.  However, where agents handle multiple contact media intermingled in a common queue, the processes are significantly more complex.

Forecasting for Other Channels 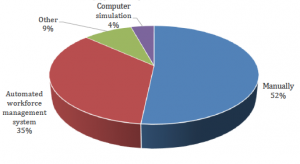 Scheduling for Other Channels 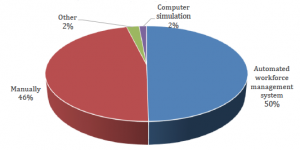 Respondents were asked if they have other software to utilize in addition to the WFM systems and over three-quarters (77%) indicated that they do not.  Those that do have other systems mentioned the following tools: 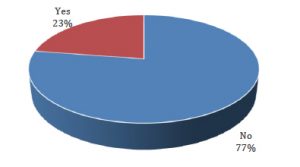 Respondents were asked if their agents respond to social media contacts such as Facebook and Twitter.  Approximately two-thirds (66%) do not while 30% indicated that their agents do handle these media.  Posting responses on a one-to-one basis such as chats and emails is viewed by many as a different skill than responding on social media where the post may be viewed by many.  In some cases, Marketing retains control over the social media channels while others have selected agents with the proper skills and training to handle this within the center’s workload. Based on the responses above, there is a growing trend to receive contacts from customers via more than the telephone.  Web chats and emails are most prevalent today but social media is significant as well.  Determining the best service goals to set for each channel must be thought through and prioritizing one channel over others during busy periods can be challenging.

Forecasting and scheduling agents to handle single-channel workloads is well-understood, but when agents handle multiple types of contacts simultaneously, the math becomes very complex.  For some centers, the WFM systems have the mechanisms to support the forecasting and scheduling for multi-media, but for other centers, additional tools may be needed.  As the use of these channels grows, methods and processes will need to be in place to ensure reasonably accurate forecasting and schedules that meet the customer demand and agent expectations for work/life balance.

How I Became a Certified Workforce Planning Professional

The Benefits of WFM for All Stakeholders